Will time catch up with us? 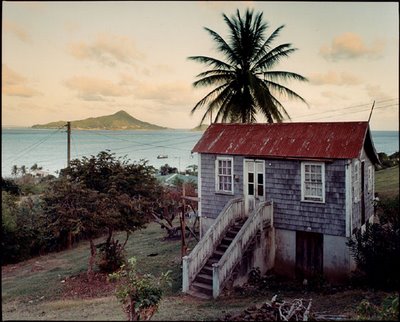 Deforestation & Urbanization threaten my dear Caribbean.
Can we resist the lure of strip malls,better roads and bigger cars?
Will satellite tv convince us to pave over more useless beauty, so that we may sit proudly among the developed nations?
Will eco-tourist steady our idle hands?
Will time catch up with us? 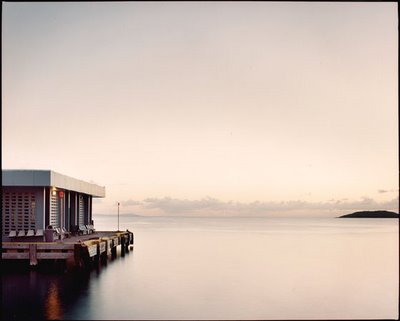 The beauty of the internet is that we might uncover dazzling artistic jewels quite by accident.
The evocative photography of Wyatt Gallery is one such treasure that I stumbled upon.
All of his Photos in this series were taken in the Caribbean, most of them in my beloved Trinidad.
The above photo startled me, because I stood at that very spot three years ago.
This is the ferry boat landing on the island of Vieques.

The last time I went to Vieques, the US Navy resumed war games, bombings, on the day I arrived.
I wrote a protest song called "Tirando Bombas" (Dropping Bombs). The millions of others who protested eventually forced the Navy to leave the island.

Posted by Rasheed Ali at 8:29 PM No comments: