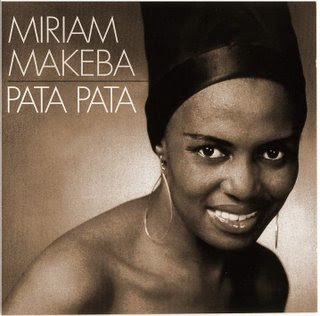 When I was a child I knew of Miriam Makeba because she and Nigerian drum master Olatunji were two African music stars that were revered by my mother and father. For many years she was the most famous African woman in the world. In 1966 she became the first African woman to win a Grammy award. She was a true pioneer for African musicians gaining world recognition.

She never failed to speak truth to the powerful and because of her outspoken ways she paid a high price. She was exiled from South Africa for 31 years after appearing in the 1959 film; "Come back Africa", an anti-apartheid film that was smuggled out of South Africa. In 1963 she spoke out against apartheid at the United Nations General Assembly. American record labels dropped her and she couldn't get concert bookings after she became engaged to Trinidadian-American political firebrand Stokely Carmichael in 1968. President Sekou Toure of Guinea gave the activist couple a home in his country and rescued Makeba's career.

She did not return to South Africa until she was urged to return home by Nelson Mandela in 1990.

She will always be remembered for the song: "Pata, Pata".
Posted by Rasheed Ali at 9:37 AM 2 comments: