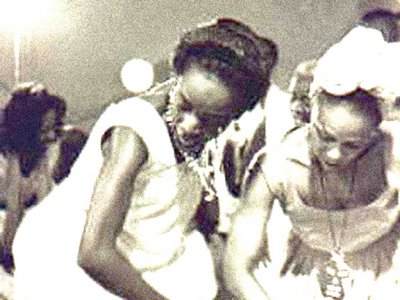 The US government has tried to isolate Cuba from the rest of the Caribbean.
The largest island in the Caribbean, Cuba 's influence in the region and in the world can never be silenced.
Cuba's importance to people of African is unfathomable. For musicians like myself, Cuba occupies a sanctified place. In Cuba, our African culture was preserved with more reverence than in any other place in the New World. Nowhere in the Americas does so much of Africa yet live! There is no other country in the Americas where so many words have been integrated into the patois of the people. Not even the vast country of Brasil, where formerly enslaved Africans formed Quilombo settlements, can they boast of the cultural retention of as many African ethnic groups.
The diverse musical lexicon of traditional African rhythms found in Cuba warrants an exhaustive search. Ethno-musicologists have proven to be very resourceful in finding their way to Cuba. It is a place where my own personal musical pilgrimage must take me before I depart from this world. No economic blockade or trade embargo can keep Cuba from our souls and hearts.

Anyone who has listened to the forms of rumba, mambo, danzon, cha-cha or son montuno knows the veracity of that saying. I grew up listening to all of the traditional Yoruba liturgical chants and my musical lexicon of traditional African rhythms derives from the same source.
The history of the two islands is tightly intertwined though today's political climate might seem to defy that truth. Puerto Rico's military occupation increased greatly after the Cuban revolution. The symbiotic relationship of the two islands was never overlooked by political and military strategists. Many in Washington feared that Cuba's' little brother would attempt to follow suit after the revolution. Puerto Rico's post-colonial political status and fate were sealed after Fidel Castro's successful overthrow of the corrupt Batista regime.
There after, only in New York and Miami could the two island's ex-patriot musicians collaborate. The resulting modern hybrid has been called: "Salsa" (sp. 'sauce').
For me, this term for the music is ridiculous and I absolutely hate it! I always refer to the music by its proper name: Son Montuno or by whatever style it is; son chanqui, colombia, etc.

Until I actually get to Cuba, I can continue to listen to the music that eludes the blockade and dream.

Listen to: La Isla Invisible
From the CD: "Agua que va a Caer"