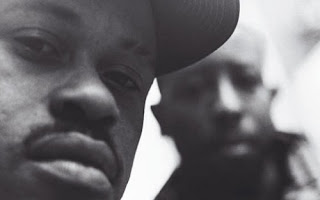 News got out around the music world that Keith Elam, better known as MC G.U.R.U., had passed away after a battle with cancer.
The Gang Starr sound was part of a movement that included restructured jazz into the audio landscape of rap. The truth is, African-Americans of all shape and variety grow up in homes where Black music is not narrow-casted like modern American music is. The average Black person grows up in a home that has no boundaries for what constitutes our music. Many Hip Hop idols grew up in homes where Miles Davis was heard along side James Brown and BB King. Likewise, many of the Hip Hop icons also grew up in Caribbean-American homes where they heard island heroes like Mighty Sparrow, Bob Marley and Hector LaVoe.
G.U.R.U.'s passing reminds me of what Hip Hop used to sound like, how excited I was by dynamic socially-conscious recordings that paid homage to Malcolm X and reminded young Black men to "go head up against the competition". The message of real revolution was misappropriated and hijacked and now resides in a make-believe Hip Hop that echoes empty posturing.
Posted by Rasheed Ali at 6:01 PM No comments: