The Spirit of Africa: Part-1 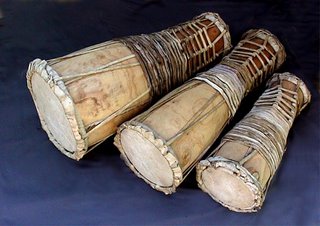 For hundreds of years we have lived under the tyranny of Eurocentric academia.
What the European thought of us was enforced by his own religious imagery. We had no image of an African Jesus to act as a counter balance. Volumes of European scholarly works were filtered through the prism of abject racism.
If we believed that he was a god, then his academia was also god-like. His perceptions of other cultures was always filtered through his emperical beliefs.
When Europeans encountered Africans in the 15th century, they were so convinced of their own superiority that they deemed the majority of Africans to be primitives. Even confusing the world's primordial people with primates.
We have as historical proof the countless cartoons that depicted us as resembling the great apes of Africa.
To portray us as less than human was a necessary ploy in enabling the immoral enslavement of the continents' children.
Central to their erroneous judgement of Africans, was their inability to understand our belief systems. Ironically, what we believed and how we came to believe it, was the most significant aspect of our African societies and cultures. The African belief systems were the nucleus of their daily lives. Their beliefs could not be extricated from their society and culture. Art, dramatic passion plays, music, dance, ritual, ceremony, custom, medicine and faith were all interwoven into the fabric of African life. To not understand the depth of what we believed; was to not understand us at all.

In fact, we people of the African Diaspora are living proof that the Africans belief systems could be preserved through the erosion of time,distance and counter-cultural domination.
Posted by Rasheed Ali at 1:05 PM No comments: