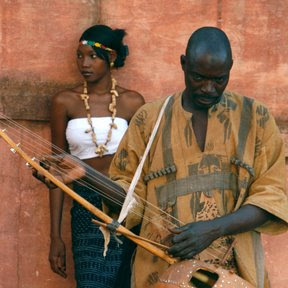 The Funky Griot of Mali!
Posted by Rasheed Ali at 4:59 PM No comments: 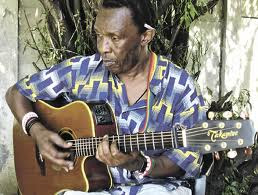 I fell in love with the city of Durban. A jewel of a city in KwaZulu-Natal Province, it sits majestically on the warm Indian Ocean.
Durban is home to Zulus and East Indian descendents and it was the last outpost of Colonial British influence.
This city reminds me of the Caribbean, especially Trinidad.
I felt so at home, I hung out with great people like Oscar Ngcobo who took me to a music club; The Rainbow Room, where I sat for hours listening to the trance-like sounds of Madala Kunene's Maskanda music. It's a music that reminds you of Malian music; like Oumou Sangare or Ali Farka Toure.
It was the most different music I've ever heard in my life but when it ended, it was like a dream that you couldn't describe to anyone.

Madala Kunene has been making music since he was a child, busking on the streets of Durban, playing a guitar he made from a cooking oil tin and fish guts. Madala's music is rooted in ritual and tradition, and he frequently goes into trance when he performs. He has been called: "The Mystic of Durban".
Madala has developed a completely original style of playing guitar based on ancient divination music and most of his inspiration comes to him in dreams. Kunene is renowned for the transcendental and ethereal quality of his songs. While performing he goes into a deep trance, "When I am playing my brain is not there. Each time I go to a place I've never been before." His music reflects all of this, with its dreamy, almost hallucinatory images.

Zulu:
While in South Africa I learned much about the history of the Zulu. The Zulus were not native to South Africa. The Khoi-San were the dominant ethnic group in the area of Southern Africa. The Zulus were Bantu speakers from further north who arrived in the area of Southern Africa in the 9th century. Maybe this explains why Maskanda music reminds one of the music of the Sudan or Sahel.
You can enjoy the mystic sounds of Madala Kunene on this week's One Tribe, Many Voices podcast.
Posted by Rasheed Ali at 4:54 PM No comments:

"One Tribe, Many Voices" Podcast Episode 80

LISTEN TO THE SHOW!
Posted by Rasheed Ali at 2:54 PM No comments:

"One Tribe, Many Voices" Podcast Episode 79 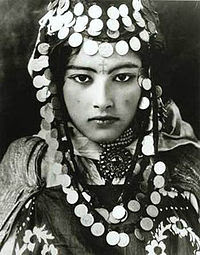 LISTEN TO THE SHOW!
Posted by Rasheed Ali at 12:29 PM No comments:

"One Tribe, Many Voices" Podcast Episode 78 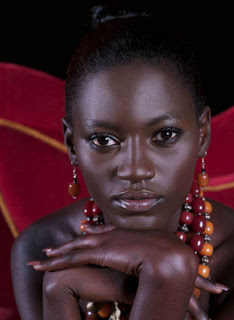 This week's show is a re-broadcast of a show from our archives.
You can access the playlist: Episode 48
Posted by Rasheed Ali at 7:52 PM No comments:

"One Tribe, Many Voices" Podcast Episode 77