Fulano de Tal, An Africanism in the Language. 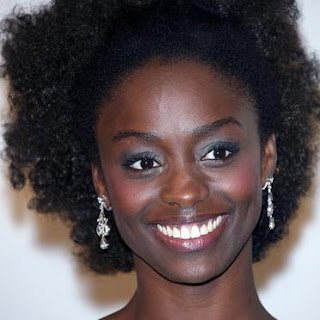 Senegalese Actress: Aissa Maiga
It is an interesting truth that in Latin America, when someone is not acquainted with a person's name, they will call the stranger "Fulano de Tal". This is a way of saying: "so-and-so" or "what's-his-name".
In Brasil and Portugal people also say: "Fulano, Cicrano e Beltrano". In Spanish-speaking places people say: "Fulano, Mengano y Zutano". Both phrases translate into the English colloquial phrase: "Tom, Dick and Harry".
So, the question becomes; "Why use the name Fulano?"
The Fulani people were nomadic, moving from place to place, so it is easy to imagine someone referring to someone not known to them as "that nomad" or Fulani. It is nearly analogous to people calling European nomads by the term Gypsy, as in Egyptian.
Posted by Rasheed Ali at 3:13 PM No comments: