What is this unique love that we Island People share? 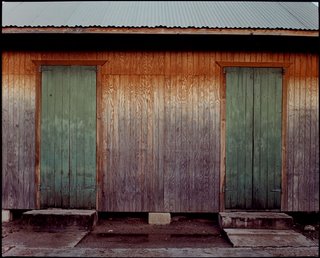 In order to understand this phenomena we must first look at the name and its origins.
If you look at most sources they claim that the region was named for the indigenous Carib Indian Tribe. Historical evidence affirms the Arawak, Taino, Ciboney, Kaniripbuna (Garifuna) & Lucayan tribal names but what about the name Carib? There is no evidence that the indigenous people called themselves Carib. In fact they called themselves: the Kalinago. It was the Europeans who called these people the Caribs. While Christopher Columbus was still on first voyage he picked up the word, or something like it, from the Tainos on the . Why is understanding the name Carib important to my essay on the region?

My knowledge of Arabic led me to contemplate the mistake with the name.
I think it is really interesting that the Arabic word: Qaribun translates as; something that is close in proximity or related. Qaribeena would refer to; several things in close proximity or relationship, relatives or kin. What is easily overlooked is the fact that many crew members among Christopher Columbus' expedition spoke Arabic as well as Spanish. The sailors would obviously had commented on the relative sameness of the tropical island chain that arcs from to . They would also have marveled at the relatively short nautical distance between islands. It is easy to imagine the sailors calling these islands: the .

The feeling of kinship among people is stronger now then ever before. In today's post-colonial the boundaries of language are being erased. Bob Marley was at first embraced as a Jamaican hero then as a West Indian hero but now the entire region celebrates him as a hero. Whether people speak French, Spanish, Dutch, English or Portuguese there is a great pride in a culture that easily translates from island to island. As our traditional African rhythms can attest, the veracity of our roots bears witness not to our colonial masters but to our African ancestors. Our unique preservation of religion, food preparation, language syntax, customs and artistic culture is staggering. Yoruba elders in were recently amazed at how well Yoruba language and rituals were preserved in after hundreds of years removed from . Elements of the two most powerful ethnic groups are easily distinguished among the Caribbean's traditions. The (Bantu) left their spiritual outlook and cultural mark on every island. The well organized Yoruba left their powerful religious influence and fraternal concepts. The cultural influence of these dominant groups helps to link the islands in a profound way. Despite the colonial efforts to decentralize the unity of enslaved Africans. The 'Creole Africans' of the Caribbean found a way to form a cultural consensus for their traditions. The resulting cultural confederation allowed all of the Diaspora's ethnic groups to contribute to the Afro-Caribbean culture. The proportions of the ethnic mix was different from island to island. In some islands there might have been more Mandinka or Mande, on other islands more Akan or Aja peoples. The melting pot of the Caribbean begins with the mix of Africans not to mention the host of would-be colonizers. Some islands changed hands several times, leaving a mix of disparate European influences to compliment the African mix.

Thanks to the landscape of urban centers in the United States, Caribbean immigrants are forging yet another identity as they create a new Creole mix for the 21st century. Today, island people are interacting with each other more than ever. Despite the close proximity of the Caribbean islands, inter-island travel was not necessarily easy in the past!
Urban centers like Toronto, Brooklyn, Miami, Boston, Washington DC, London,etc. are helping to facilitate social intercourse & intermarriage among Caribbean people. As we reclaim our real heritage I expect we will discard the false mantel of colonial identity. I expect we will identify less with the French-Caribbean, the English Caribbean, the Spanish Caribbean or the Dutch Caribbean.

Posted by Rasheed Ali at 9:53 PM No comments: